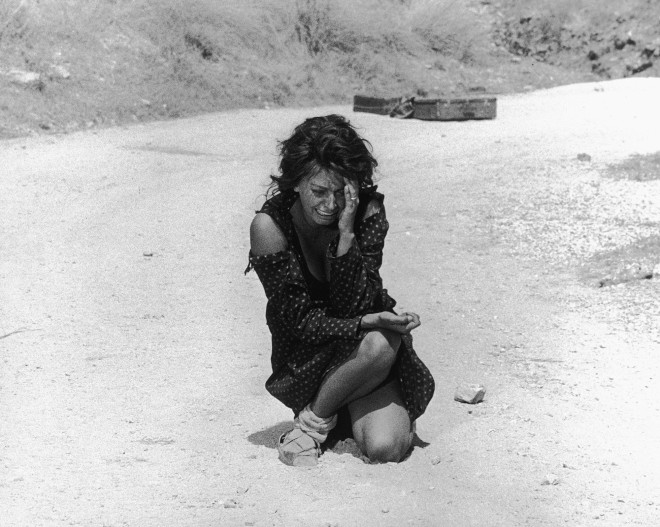 Like Bicycle Thieves over a decade earlier, Vittorio de Sica’s powerful and, at times, heart-wrenching drama Two Women explores the relationship between parent and child, and how far a parent will go to protect his or her family.

Sophia Loren gives a phenomenal performance, worthy of the Academy Award she won, with an emotional range and intensity I have never seen from her. Her acting flows from stern authority to bleak desparation with an authenticity that is difficult to achieve, yet she does so in a way that makes it look easy.

Granted, much of that is due to de Sica’s neorealistic filmmaking. Again, similar to Bicycle Thieves, we are given a snapshot of Italy at a specific time and place, rich with all the politics and people we would expect in that era. For a director so in control as de Sica certainly was, it sure doesn’t feel like it; there is nothing cinematic-feeling about this film, which really does place us in the midst of the action without hyper stylized techniques to distract from the narrative.

This subdued method of filmic enunciation makes the characters that much more accessible. When tragedy befalls the three leads, Jean-Paul Belmondo, Sophia Loren, and her daughter, we are truly heartbroken; we shared in these experiences with them, and we share their pain.

De Sica’s masterpiece Two Women takes audiences through all the cruelty and pain of war, and meets it with the strength humanity embodies even in the face of desperation. This is a wonderful film that illustrates the power of love and family when all else is lost.